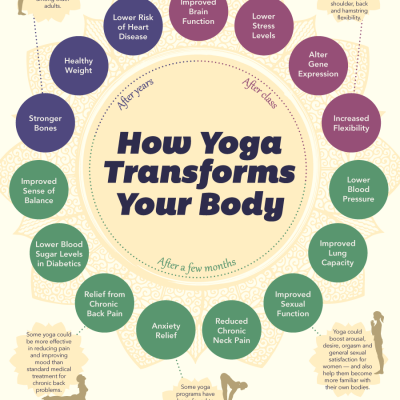 The Eastern practice of yoga has become a modern-day symbol of peace, serenity and well-being in the West. More than 20 million Americans practice yoga, according to the 2012 Yoga in America study, with practitioners spending more than $10 billion a year on yoga-related products and classes.

The mind-body practice is frequently touted for its ability to reduce stress and boost well-being, but it also offers wide-ranging physical health benefits that rival other forms of exercise. While the scientific research on yoga’s health benefits is still young, here’s what we know so far about its potential effects on the body. View the infographic below and scroll down for more detailed information.