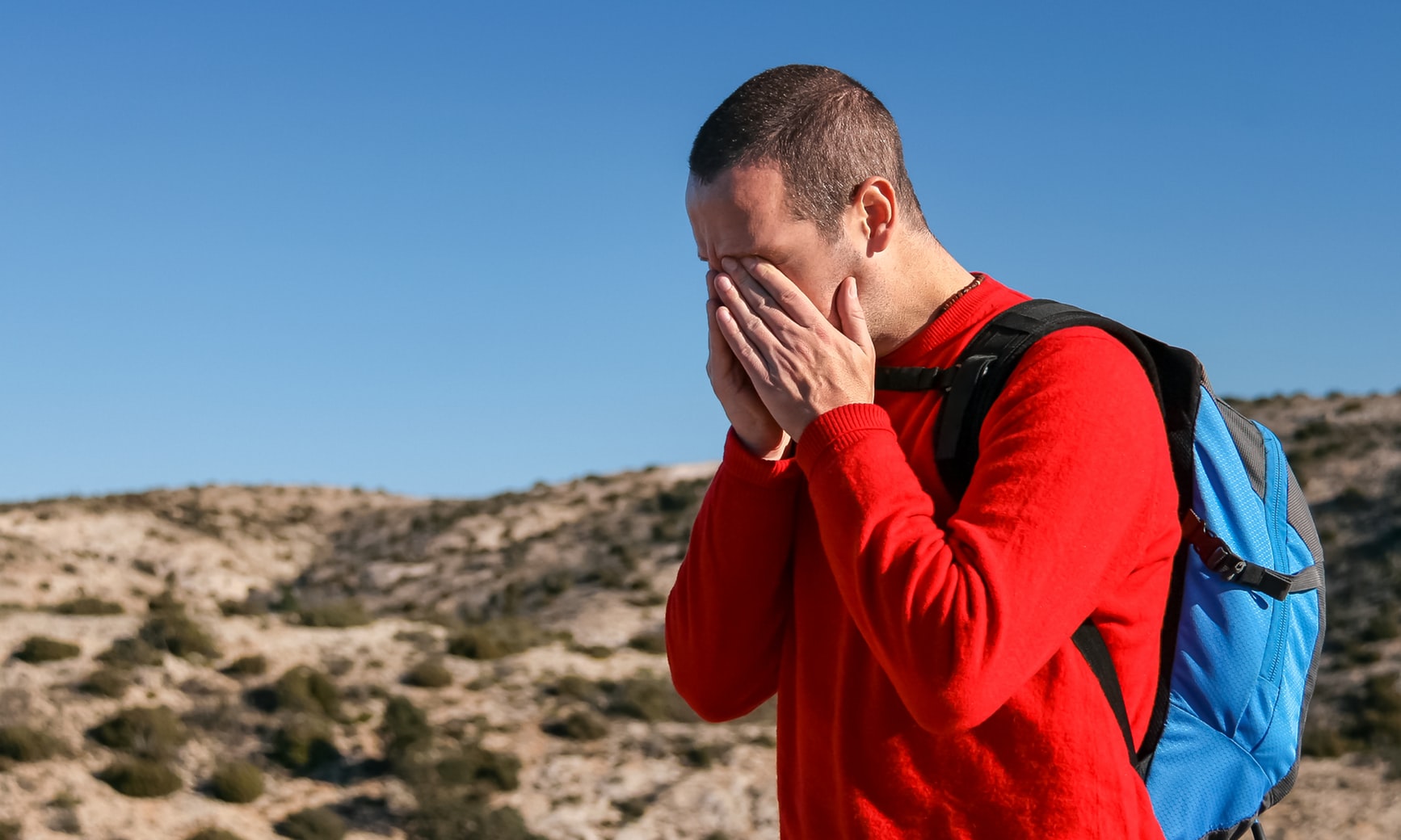 Have you experienced a migraine headache? Chances are you have, or that someone you know has. Migraines are the third most prevalent illness in the world today. Migraine is a neurological condition that affects 39 million people in the US (12 percent) and 1 billion people worldwide.

Migraine is more common in women than men and is most common between the ages of 18 and 44 (Migraine Research Foundation, 2019). The condition manifests as a throbbing cranial pain often on one side of the head, typically accompanied by nausea, dizziness, vomiting, photophobia (sensitivity to light), and phonophobia (sensitivity to sound, Kisan, et al., 2014). Migraine symptoms can last anywhere from 4 hours to 72 hours (Healthline, 2019).

Some migraines are also accompanied by aura symptoms, which can precede or be simultaneous with migraine symptoms. Aura symptoms, which include visual disturbances (such as seeing various shapes, bright spots or flashes of light), vision loss, the sensation of pins and needles in an arm or leg, weakness or numbness in the face or on one side of the body, difficulty speaking, auditory disturbances (hearing noises or music), and involuntary bodily jerking or other movement, typically come on gradually and last anywhere from 20-60 minutes (Mayo Clinic, 2019). About 25 percent of migraine sufferers experience aura symptoms (Migraine Research Foundation).

The Cost of a Migraine

The prodromal stage (one to two days before the attack occurs) have a set of symptoms all its own, including constipation, mood swings (from depressed to euphoric), food cravings, neck stiffness, increased thirst and urination, and fatigue or frequent yawning. The post-dromal phase (after the migraine pain wears off for up to a day) migraine sufferers often feel drained, unresponsive, confused and unfocused (The Mayo Clinic Staff, 2019).

Migraines are clearly much more than your typical headache, and have a much more disabling impact. The prodromal, attack, and prodromal stages of a migraine decrease productivity, quality of life, and cause cognitive impairment. Frequency of migraine episodes can range from once or twice a year to chronic migraine in which the sufferer has nearly daily attacks, even up to 15 migraine days a month. Over 14 million migraine sufferers experience chronic daily migraine and 85 percent of chronic migraine sufferers are women. What’s more, 90 percent of migraine sufferers report they are unable to function normally during an attack. For those who experience migraines, depression, anxiety, and sleep disturbances are often co-occurring particularly in those with chronic migraine. More than 20 percent of those who suffer from chronic migraines are disabled, and the likelihood of disability increases sharply with the number of conditions that are co-occurring (Migraine Research Foundation).

Additionally, migraine puts an individual at risk for other health conditions including ischemic cerebral and ischemic cardiovascular diseases such as arrhythmia, heart attack, and stroke (Naji-Esfahani, Zamani, Marandi, Shaygannejad, & Javanmard, 2014).

The Cause of a Migraine

The exact cause of migraines are unknown, but there are many contributing factors both genetic and environmental. 90 percent of migraine sufferers have a family history of migraines (Migraine Research Foundation, 2019). Additionally, there are a number of environmental triggers which are associated with migraine including fluctuations in estrogen, alcohol, caffeine, stress, bright lights, sun glare, strong smells, lack of sleep, excessive physical exertion, changes in barometric pressure, certain medications (including oral contraceptives and vasodilators), certain foods, and food additives (Mayo Clinic Staff, 2019).

Regardless of the exact cause, research on migraines has made it is clear that and autonomic nervous system imbalance and neurovascular function seem to be heavily involved in migraines. Many symptoms of autonomic dysregulation including nausea, vomiting, diarrhoea, pallor, flushing, goosebumps, and sweating are also common symptoms during a migraine attack (Kisan et al., 2014).

The association between migraine conditions and vascular conditions, as well as alterations in blood flow during migraine indicates that a narrowing of blood vessels is likely involved in migraine activity (Naji-Esfahani, Zamani, Marandi, Shaygannejad, & Javanmard, 2014). Migraine pain theory suggests that narrowing of the vasculature in the brain, caused by fluctuations in serotonin or hormones (which, it should be noted are partially regulated by the autonomic nervous system) may be the root cause behind the symptom of pain experienced by the migraine sufferer (Johns Hopkins Medicine, 2019). However, recent research now shows that altered vascular structure and function may be one of the underlying disordered physical processes of migraine. Surveys have shown endothelial dysfunction in patients with migraine without aura (Naji-Esfahani, Zamani, Marandi, Shaygannejad, & Javanmard, 2014). The endothelium is a thin membrane that lines the inside of the vessels of the heart and circulatory system. Endothelial cells are responsible for release substances that control vascular relaxation and contraction as well as enzymes that control blood clotting.

While the exact reason for migraines and their specific physiological processes are unknown, it is clear from this research that an effective treatment will need to promote vascular and nervous system wellness. The current mainstream treatment for migraines is medication, but medication often worsens the condition over time and medication overuse is the most common reason why episodic migraine turns chronic. Additionally, an effective migraine treatment would also need to be low cost, given that medical costs increase 70 percent for families with just one migraine sufferer, and given the high level of disability which migraines cause, resulting in over 157 million  work days lost each year (Migraine Research Foundation, 2019). Lastly, the ideal treatment would not only exert a pain management and symptom reducing effect, it would also be preventative, working to improve cardiovascular and nervous system function to reduce the frequency or severity of future migraines.

The Treatment and Prevention of a Migraine

Yoga is a relatively low cost, increasingly accessible complementary and alternative medicine modality which can be practiced by people of varying ages, body types, and ability levels. It can be practiced in any setting from the home, to school, to the office. Yoga also involves a number of practices of varying levels of movement and intensity meaning an individual experiencing a high level of pain can still participate effectively in the practice.

What’s more, yoga has been shown to not only relieve migraine symptoms, but to actually improve cardiovascular and nervous system function, preventing their occurrence in the future.

During yoga practice, the parasympathetic nervous system engages, initiating the relaxation response triggered by consciously soothing the mind and slowing the breath. This causes heart rate to slow and blood pressure to lower, allowing your body to relieve, recover, or prevent a migraine. The relaxed state also allows the body to more effectively regulate hormone release and serotonin release, helping to manage vascular constriction and maintain circulatory function.

Yoga has been shown to improve quality of life and reduce the frequency of headaches and the need for medication. One study found that yoga practice reduced both migraine frequency and intensity, when practiced with their regular treatment regime. An improvement in vagal tone (the amount of activity in the parasympathetic nervous system) and a decrease in sympathetic drive also demonstrated that yoga practitioners were improving the function of their bodies relaxation mechanisms and strengthening resilience against stress. These changes experienced by the yoga practitioners improved their cardiac-autonomic balance, reducing the likelihood of a migraine as an adjunctive treatment. (Kisan, et al. 2014)

But what about when yoga is practiced as the primary treatment modality? Another study in which participants practiced yoga for three months, showed that yogic practices reduced the intensity, frequency, pain rating, anxiety and depression in migraine sufferers. What’s more, this study demonstrated that yoga practices significantly lowered rates of symptomatic medication use. It is noteworthy that while many studies examining yoga for migraine headaches focus on meditation, pranayama, and asana, this study chose to integrate postures, pranayama/meditation, and a yogic kriya (cleansing) practice. Jalaneti Kriya, otherwise known as neti-pot (nasal cleaning with warm, saline water) was practiced once a week by participants of this study. This process stimulates and toning the nerves, glands, and organs of the entire nasal and cranial area, from the eyes to the sinuses, to the ears, and cranium (John, Sharma, Sharma, & Kankane, 2007).

Thus the literature on yoga for migraine is clear: Yogic practices are low cost, highly accessible preventative and treatment measures for reducing the frequency, severity, duration of migraines and need for medication in migraine users. It is also an effective preventative measure, improving vagal tone, reducing sympathetic drive, and endothelial health, thereby improving nervous system and neurovascular and cardiovascular function. In conclusion, not only is yoga a holistic methodology for treating migraines as they’re happening, it’s also a proactive approach to reduce the pain.

Healthline. (2019). What can yoga do for migraine? Healthline. Retrieved from: https://www.healthline.com/health/yoga-for-migraines