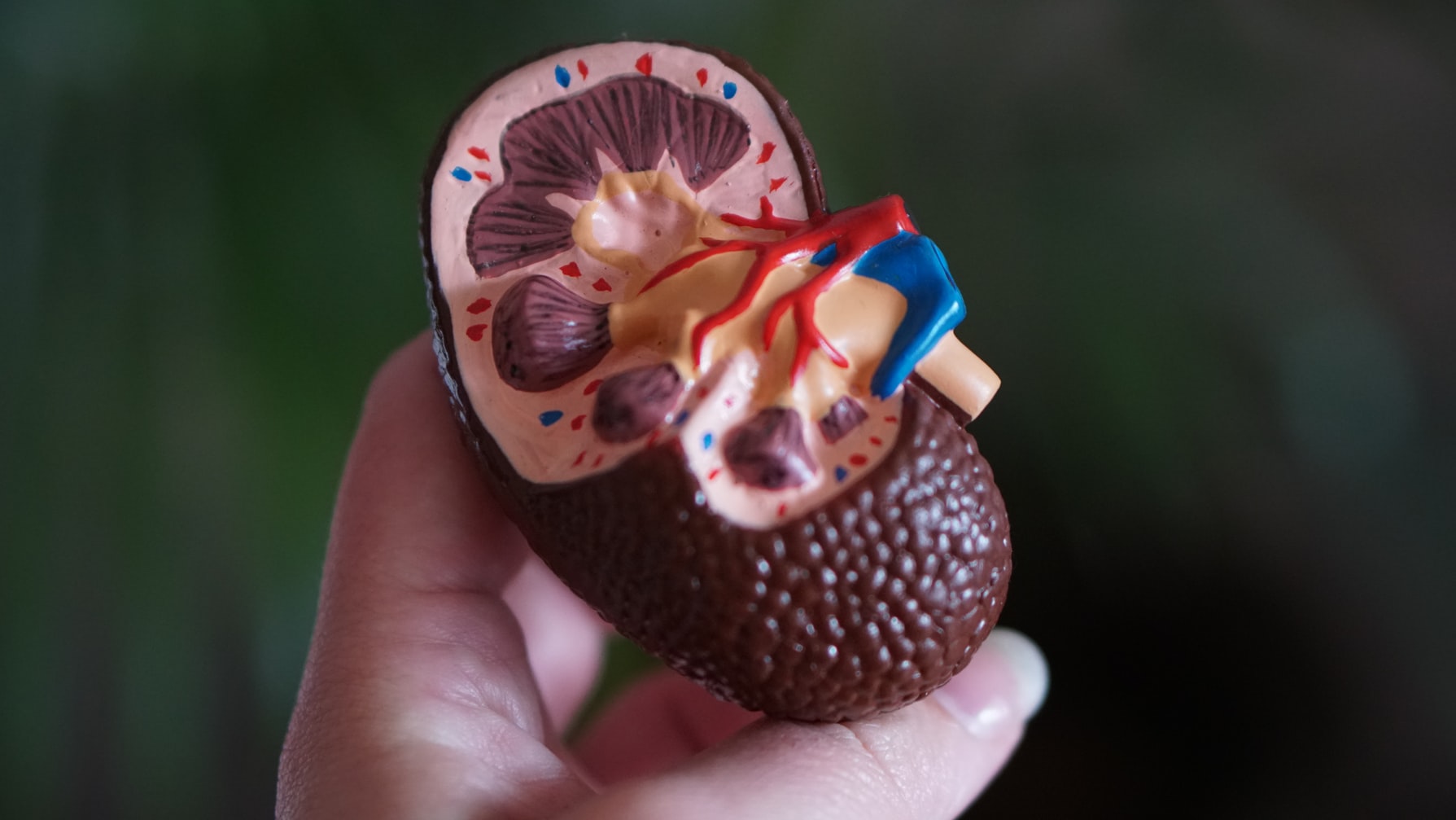 Kidney disease is often referred to as a silent disease because it often has no symptoms in its early stages, developing completely undetected until it is very advanced and even life threatening. In fact, patient awareness is less than 10 percent for those with stages 1 to 3 (out of 5) Chronic Kidney Disease, often only being diagnosed in stage 4 when symptoms become too obvious to ignore. Kidney disease occurs when damage is done to the kidneys either over time (chronic) or in an acute kidney injury, causing renal dysfunction. Kidney damage prevents the organs from properly filtering blood meaning that toxins gradually build up in the body. Over time, this can lead to End-Stage Renal Disease, in which there is total and permanent kidney failure leading to a kidney transplant, dialysis, or even death. The overall prevalence of Chronic Kidney Disease in the general population is approximately 14 percent and over 661,000 Americans have kidney failure. Of those experiencing kidney failure, 468,000 individuals are on dialysis, and roughly 193,000 live with a functioning kidney transplant (The National Institute of Diabetes and Digestive and Kidney Disorders, 2016).

Symptoms of Chronic Kidney Disease develop and worsen gradually over time and include: nausea, vomiting, loss of appetite, fatigue and weakness, sleep problems, decreased urination, decreased cognitive function, muscle twitches and cramps, swelling of feet and ankles, persistent itching, chest pain (if fluid builds up around the inner lining of the heart), shortness of breath (if fluid builds up in the lungs), and high blood pressure (hypertension) that’s difficult to control (The Mayo Clinic, 2019).

Major risk factors for kidney disease include diabetes and high blood pressure (the main causes of CKD), as well as a family history of kidney failure (The National Institute of Diabetes and Digestive and Kidney Disorders, 2016). The other major cause is glomerulonephritis, which involves inflammation of the glomeruli, which are structures made of tiny blood vessels and which reside in your kidneys. The glomeruli function to filter your blood and remove excess fluids. When one’s glomeruli are damaged by inflammation, your kidneys will stop filtering toxins properly, which can cause kidney failure.

Recent research indicates that there is a strong association of oxidative stress, chronic inflammation and psychological stress with Chronic Kidney Disease. These factors significantly affect the treatment and outcome of the disease. Several studies show the association of oxidative stress with Chronic Kidney Disease, particularly in End Stage Renal Disease, because of reduced antioxidant system and increased pro-oxidant activity (which leads to the formation of free radicals which cause cell damage). Oxidative stress increases as CKD progress, worsening the condition and leading to cardiovascular related complications.

Chronic Kidney Disease is characterized by low grade inflammation, and affected patients have elevated levels of inflammatory markers including C-reactive protein, IL-6, IL-10, etc. These inflammatory markers exacerbate Chronic Kidney Disease and detract from physician’s ability to treat the condition. Inflammation in Chronic Kidney Disease also increases chances of atherosclerosis, the narrowing of the vasculature due to the build-up of fats, cholesterol, and other substances in and on the artery walls. A number of studies also show that psychological stress increases oxidative stress and blood pressure, which further compounds Chronic Kidney Disease and complicates its treatment outcome. Chronic psychological stress also causes higher sympathetic tone, and researchers have demonstrated that higher sympathetic tone is involved in the progression of Chronic Kidney Disease and higher rates of cardiovascular events in affected patients. It also promotes the development of target organ damage, not to mention that there is a growing body of research which shows that an important cause of the defect in renal excretory function in those affected by hypertension is related to an increase in renal sympathetic nerve activity.

Given the contributing roles which oxidative stress, chronic inflammation and psychological stress play in Chronic Kidney Disease, treatment modalities which control these factors can contribute significantly to the management of Chronic Kidney Disease, and can even reduce the need for dialysis (Kashinath, Hemant, Praerna, Nagarathna, & Nagendra, 2014).

Yoga has been proven to produce various psychological benefits including, reduced rates of anxiety and depression and improved quality of life. In addition, reductions in chronic stress contribute to many of the other benefits yoga provides by helping to reshape the body’s natural reaction to stress, decreasing hyperarousal and making us more resilient by helping us recover faster. In doing so, yoga improves heart rate variability, bringing balance in the autonomic nervous system by reducing sympathetic (fight or flight system) tone and increasing parasympathetic (relaxation response) activity. Reduced stress via yoga means physical benefits like reduction spikes in blood pressure and heart rate related to psychological arousal even contributes not only sympathetic tone but reductions in inflammation as well.

Chronic inflammation has recently been linked to stress and prolonged activation of the sympathetic nervous system. When stress activates the amygdala to cause a release of cortisol into the body, that stress-hormone is sent to the various tissues. If this is activated frequently and repeatedly, cortisol and adrenaline build up in the body causing inflammation. Not only does yoga reduce stress levels, it helps to reprogram the nervous system so that it is no longer releasing excess stress hormones, thereby reducing inflammation and related complications, including glomerulonephritis, which is involved in Chronic Kidney Disease (Kashinath, Hemant, Praerna, Nagarathna, & Nagendra, 2014).

Yoga has also been shown to reduce oxidative stress and increase antioxidants. A study demonstrated therapeutic, preventative as well as protective effects of Yoga in ESRD through reduction of oxidative stress (Kashinath, Hemant, Praerna, Nagarathna, & Nagendra, 2014). Research has also revealed that yoga, (unlike the other types of exercise) decreases levels of nitric oxide, a chemical which, in excess, acts as a harmful free radical. Yoga also lowered signs of oxidative stress in the body, including potentially toxic by-products like malondialdehyde, F2-isoprostane, and adrenaline. Yoga also strengthened the body’s natural antioxidant defense system which combats oxidative stress. Research demonstrates that yoga increased these natural antioxidants, including the protein glutathione and the enzyme glutathione peroxidase. In fact, yoga more than doubled the presence of the natural antioxidant protein glutathione in the body (Wei, 2015). Thus, yoga protects against cell damage that can contribute to Chronic Kidney Disease and its comorbidities.

A Comprehensive Cure for Comorbidities

In several studies, it has been reported that yoga is useful in the management of non-communicable diseases including many which are often comorbid with Chronic Kidney Disease such as diabetes, hypertension, coronary heart diseases. In one study, yoga participants showed reductions in oxidative stress, body mass index (BMI) and glucose levels in patients with type 2 diabetes. Additionally, a systematic review revealed that yoga may reduce many risk factors for Cardiovascular Disease including oxidative stress, and may improve clinical outcomes, and aid in the management of Cardiovascular Disease and other insulin resistance syndrome (IRS) related conditions. Thus, research shows that regular yoga practice assists in the control of blood sugar levels in diabetics, blood pressure in hypertensives, and reduces the risk of cardiac complications in patients with heart disease (Kashinath, Hemant, Praerna, Nagarathna, & Nagendra, 2014).