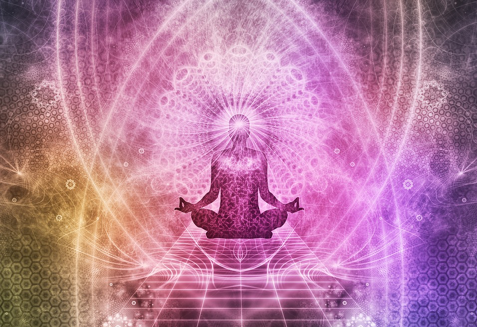 Stress—this psychological force may be one of the most common risk factors and triggers for one of the widest spectrums of disease conditions. As we live longer with less infectious disease, we increasingly find that pesky chronic stress is the new most destructive force which health-practitioners confronts.

But stress being a key factor involved in most modern disease isn’t all bad, because research continues to reveal the ways in which wellness practices such as yoga can have a powerful health-enhancing effect because it targets chronically high stress levels, lowering them and helping to ameliorate symptoms which develop or become more severe in response to this stress. In other words, alleviate the stress, and sometimes you will receive symptom relief too! This powerful link between stress and disease is demonstrated and affirmed in the treatment of Psoriasis.

Psoriasis is an immune-mediated disease which causes raised, red, scaly patches to appear on the skin in any location on the body. These patches occur because the autoimmune disease causes the body to attack healthy skin cells. An astounding 8 million Americans have been diagnosed with psoriasis. This condition is associated with and often comorbid with other stress-related conditions such as diabetes, heart disease, and depression. While medical professionals do not have an exact cause for this condition and can merely reveal that the immune system and genetics play a major role in the condition, flare-ups typically do not occur in the absence of a stress-related trigger.

Also, important to note is that 10-30 percent of those with psoriasis also develop psoriatic arthritis (PsA). Psoriatic arthritis is a chronic inflammatory disease of the joints and the locations where tendons and ligaments connect to the bones. This condition causes swelling, pain, fatigue, and stiffness in the joints of those affected. PsA often develops in untreated or severe cases of Psoriasis in those aged 30-50. This condition can cause permanent joint damage if left untreated. This condition, like psoriasis, becomes worsened or triggered by stress.

The cost of psoriasis is high both for the individual and the nation, amounting to more than 135 billion dollars in health care costs annually. But the burden of this condition is even greater given that the disease results in considerable negative physical, psychological, and social issues (About Psoriasis, 2019).

Stress is intricately interwoven with this condition because the body responds to stress with inflammation. Survey results show that 60 percent of people with psoriasis believe that their psoriasis worsens with stress. Stress-induced inflammation triggers a flare-up in psoriasis or worsens one currently occurring. If stress levels as a response to increased aggravation of the psoriatic condition are not managed, the condition can serve as a negative feedback loop; as stress contributes to a flare-up in psoriasis, psoriasis causes stress which then feeds stress-related inflammation and can ultimately worsen psoriasis (Can Yoga Help my Psoriasis? 2019).

Psoriasis in the Yoga Community

Psoriasis took a considerable toll on Anne not just because of physical discomfort on her skin. Anne also struggled with self-image and self-acceptance of her condition.

Additionally, Anne was impacted socially, as she would worry about how people would respond to her condition. While psoriasis is not infectious and cannot be transmitted to others, Anne recalls hot yoga class in an unfamiliar studio: “Her psoriasis was raging from the winter weather, with red, scaly patches covering her arms. As she stretched and balanced, she watched the instructor carefully adjust her neighboring yogis while just as carefully avoiding Falkowski. It wasn’t the first time she’d encountered someone afraid to touch her — a once-close friend was immediately uncomfortable at the sight of Falkowski’s angry red skin, suggesting that it was merely a ‘hygiene problem.’” This scenario of self-consciousness is one which we can all relate to, but for those with psoriasis, this stressful situation could mean another flare-up.

But while Anne had her moments of self-consciousness on the mat, this is also where she found the tools to begin to accept herself. She found that yoga practice provided the emotional and physical relief which her condition called for, and also helped her build the skillset and confidence to overcome her concerns:

“I would feel uncomfortable that I had to expose my psoriasis, but I would take a deep breath and practice anyway and realize by the end of class that nobody noticed my psoriasis – it was my own demon.”

Given that this condition can have such a powerfully destructive effect on the lives of those affected, it is amazing that the powerful practice of yoga offered Anne not only physical relief but also emotional and social relief as well (Rodriguez & Marcellin, 2015).

Healing from the Inside Out

The reason that yoga is such a powerful healing practice for those affected by psoriasis is integrally linked to the psoriasis-stress connection. Research demonstrates that yoga reduces and alters the body’s stress response, helping to reduce excessive sympathetic activation and repattern it for more parasympathetic activation. Rewiring the nervous system to be less reactive to harmful stress serves the body by reducing inflammation and reducing inflammation, in turn, reduces psoriasis flare-ups!

Want to become a yoga stress buster and help heal your psoriasis or psoriatic arthritis? Or are you looking to reduce your risk for stress-related conditions?

Join us in honor of Psoriasis Awareness Month, this August for a yoga class at Better Living Yoga to take part in recommended practices that combine deep breathing, physical exertion, and meditative reflection to reduce your stress!

Rodriguez, A. & Marcellin, L. (2015). A yoga teacher makes peace with her psoriasis. https://www.everydayhealth.com/psoriasis/living-with/yoga-teacher-makes-peace-with-psoriasis/

Advanced Teacher Training
Sign Up
Scroll back to top