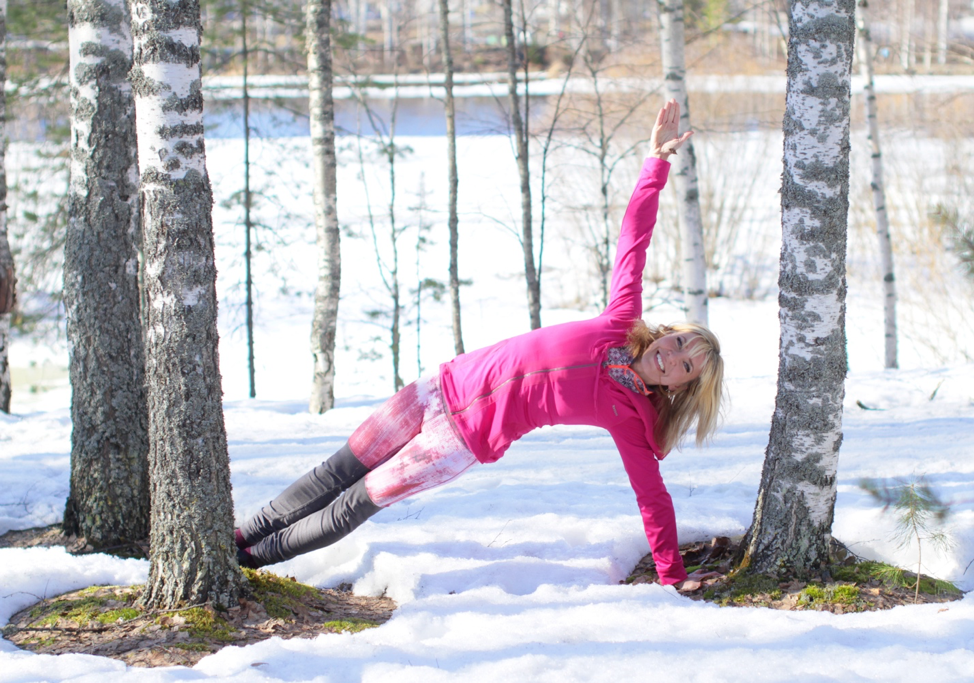 Scoliosis is a chronic spinal condition in which the spine curves off to one side laterally, often causing lower back pain and stiffness. This condition affects nearly 6 million people in the United States alone. This can often be a lifelong condition with onset as early as age 10, occurring more frequently in women than in men (Whiteman, 2014). Statistics indicate that 10.7 percent of females and 5.6 percent of males ages 25-74 experience scoliosis. Those diagnosed with scoliosis in childhood have a 68 percent likelihood that their condition will continue to progress with age, even after the spine has reached developmental maturity. Those in their golden years who are at a greater risk for the commonly co-occurring condition of osteoporosis, which has to do with a loss of bone density, show rates of scoliosis as high as 68 percent (Burke, 2014).

Scoliosis is categorized as severe when the spine reaches a curvature of more than 45 degrees. Typical treatments include back braces and in more severe cases, surgery, which are both highly invasive, with obvious physical, mental, and emotional challenges. If left untreated, scoliosis can progress at a rate of up to 7 percent per year, resulting in disability and life-threatening health risks (Whiteman, 2014). But recent research presents new and very powerful evidence that regular yoga practice, particularly practice of the pose Vasisthasana, or Side Plank, may be the most empowering, holistic, and life-affirming up-and-coming practice for the treatment of scoliosis in people of all ages.

In order for a yoga practice to be beneficial in correcting lateral spinal curvature in scoliosis, both practitioners with scoliosis and their yoga instructors need to understand the condition and its implications for physical movement when approaching poses, in order to modify safely and without contraindication.

Those in the yoga world may be familiar with the term’s kyphosis and lordosis, which refer respectively to states of excessive outward and excessive inward curvature of the spine. Scoliosis, on the other hand, occurs when the spine becomes misaligned laterally, with the curvature shifting toward the right or left side of the body. While slight kyphosis and lordosis are part of the normal and aligned anatomy of the spine, a healthy spine should have no lateral curvature whatsoever.

Generally, there are two types of scoliosis. The less severe type, functional or nonstructural scoliosis, results from asymmetry in the soft tissue around the vertebrae and is typically temporary if treated. The more severe form of scoliosis is referred to as structural scoliosis and denotes a more serious and permanent misalignment of the spinal curvature. Oddly enough, most cases of this more severe form are idiopathic, meaning the cause of the maladaptive curvature is unknown.

As far as the direction of the curvature, dextroscoliosis, or spinal curvature to the right is most typically occurs in the thoracic spine, while levoscoliosis, or spinal curvature to the left more typically occurs in the lumbar spine. Both levoscoliosis and dextroscoliosis are C curves, meaning one side of the spine is convex while the other is concave. More severe cases, however, may be characterized by an S curve in which the spine is curved in both the thoracic and lumbar regions producing two concave areas and two convex areas of the spine. An S curve is typically a more progressed state of scoliosis which results from the body attempting to compensate for and maintain balance despite what was originally a C curve (Burke, 2019).

Scoliosis typically causes spinal cord compression which leads to inflammation and pain. However, there is a nuanced relationship between curvature and pain. Factors include the degree of curvature, activities and activity levels, and the amount of weight which the asymmetry is asked to bear, and how frequently. Generally, greater curvature results in more severe pain. In the most severe of cases, scoliosis may place pressure on the heart and/or lungs which can present serious risks to cardiovascular and pulmonary functioning, or respiratory failure. Thus, it is vital for those affected by scoliosis to take preventative and corrective measures to prevent the progression of this condition and its side effects.

Researchers who are concerned with yoga for the treatment of scoliosis note that traditional treatments such as bracing, lengthy exercising, and surgery are often socially awkward, emotionally painful, and physically challenging. This can leave patients feeling disempowered, hopeless, and in pain with no clear solution in sight.

ENTER SIDE PLANK. An important starting point for the conversation surrounding empirical literature indicating yoga can be used to ameliorate scoliosis.

Researchers that set out to determine the effectiveness of this single yoga pose on the treatment of scoliosis in 25 participants aged 14-85, and what they found was powerful: participants who held side plank pose for 1.5 minutes a day, 6.1 days a week for 6.8 months showed an average of a 32 percent improvement in spine curvature! Even more astounding, of the patients who practiced side plank for at least 3 days a week, spine curvature improved by 40.9 percent. Of these patients, adolescents saw a 49.6 percent amelioration in curvature, while adults saw a 38.4 percent amelioration (Whiteman, 2014).

Dr. Fishman, the primary investigator of the aforementioned study states, “Since scoliosis is an asymmetrical condition, I have treated it asymmetrically, asking patients to do the pose on the weaker side only. That strengthens the specific spinal muscles on the convex side that are needed to help with curve reduction.” It should be noted that the National Scoliosis Foundation recommends that those experiencing the condition practice 25 different yoga poses to help with spinal curvature, and to have a single pose be so effective is highly noteworthy! However, more research needs to be conducted to determine whether asymmetrical practice or symmetrical practice of asymmetrical poses is more beneficial for correcting curvature of the spine in scoliosis.

Yoga may offer additional benefits to those affected by scoliosis. Because the side effects of scoliosis place risk on pulmonary, respiratory, and cardiac function, a stress-reducing practice like yoga which integrates breath work and reduces blood pressure and increases oxygenation of the body may be particularly useful in targeting multiple aspects of the condition.

Bill Reif, who is a yogi, physical therapist and an author states that “Yoga can help foster the self-awareness—and the strength and flexibility—that make it possible to improve the alignment of the spine, which can, in turn, minimize pain and possibly respiratory issues, too.”

Bill adds that those looking to work with scoliosis through yoga should place their focus on poses which help to elongate the spine, particularly in those who have had corrective surgery which will prevent forward folding and back bending. He recommends moderate poses which work to restore the neutral alignment of the spine (Burke, 2019). These include many restorative poses, mountain pose, table pose, plank and side plank, child’s pose, triangle pose, warrior 1, lateral angle pose, half-moon pose, and downward dog, and twists (Browning Miller, 2017). However, please note that all individuals with scoliosis should consult your doctor prior to picking up yoga for the correction of their condition and should find and inform an experienced instructor of their condition prior to class is essential to protecting your health and working to improve it.

Nonetheless, here are a few recommendations from yoga instructors for correcting spinal scoliosis with asana practice:

1. Do asymmetrical poses twice on the challenging side or hold them longer. This will help to create symmetry in the torso muscles to support the weakened side.
2. Practice in front of the mirror and use self-study to watch yourself create a longer more neutral spine. This will help to create mindful awareness around what it feels like to cultivate posture with a straight spine, which can extend to activities off the mat.
3. Strengthen your back and core muscles by holding neutral in sequentially more challenging poses. This serves to strengthen the muscles that run along the spine and help to hold it in optimal alignment.
4. Practice pranayama to increase your vital lung capacity and energy levels. The three-part breath may be particularly helpful in this population.
5. Emphasize side bends and other poses that lengthen the rib muscles
6. Practice with long holds (it is recommended you hold poses for at least 5 breaths)
7. Practice yin and restorative yoga and practice deep muscular relief via visualizations of the breath filling restricted areas.
8. Practice savasana on your side with the convex side of your spine to the floor. Use blankets and other props to make. Yourself comfortable. For those with S-curves, switch sides halfway through savasana (your teacher can prompt this for you since you will inform them of your condition prior to class).

Modifying your practice to meet your needs becomes particularly important when working with scoliosis, and through the power of side plank and mindful practice, anecdotal evidence and research continue to reveal the ways in which individuals affected by scoliosis can empower themselves on the mat to live better off the mat (Burke, 2014)!

Let’s get one or two things thing straight: maladaptive spinal curvature is no joke, but in the words of Bill Reif, “Even though it is unlikely that you can make dramatic changes to a longstanding scoliosis curve through targeted exercises, what you can do is reduce the negative impact of a large curve—usually breathing difficulty, upper or lower back pain—and prevent further deterioration of the curve over time.”

Join us this June to celebrate Scoliosis Awareness Month, by using the power of a pose to commit to your spinal health!

We recommend our Iyengar classes, which are uniquely suited to working with scoliosis!

Burke, A. (2019). Scoliosis and Yoga: The Do’s and Don’ts. Yoga International. Retrieved from: https://yogainternational.com/article/view/scoliosis-and-yoga-the-dos-and-donts