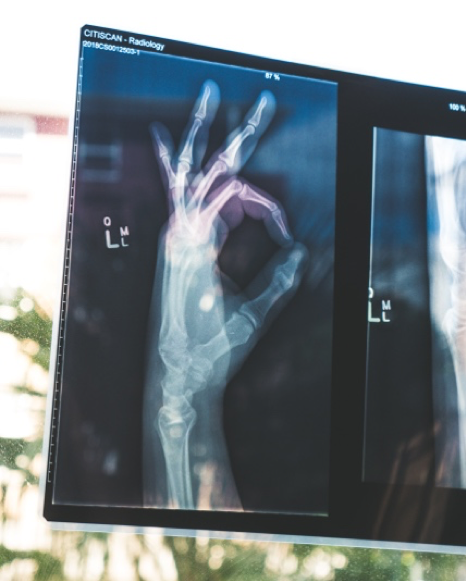 “I saw people at the gym doing it (yoga) and you’re like ‘yeah right’ I’m never going to be able to do that I’m not even gonna try…at first, I didn’t even consider it. You hear yoga and arthritis and you just don’t think the two mix,” These are the pre-experimental sentiments of one participant in a study to examine the health benefits of yoga for patients with Arthritis (Evans, Moieni, Subramanian, Tsao, Sternlieb, & Zeltzer, 2011). This statement highlights the ways that the inflammation, pain, mobility challenges, and psychological challenges that accompany arthritic conditions and which can create perceived limitations for those who this condition effects.

Not to mention it is projected that 67 million (25%) adults aged 18 years or older will have doctor-diagnosed arthritis by the year 2030. Of those suffering from one of these conditions, an estimated 25 million (37%) will have arthritis-attributable activity limitations. Based on these data, it is no wonder that those with arthritis feel that yoga is inaccessible to them, and it is abundantly clear that arthritis is a common and significant public health problem (Sharma, 2014).

But it turns out, contrary to the quote above, that yoga practice and arthritis not only mix, but in fact, the two mix so well that yoga practice offers a promising, multi-dimensional, and holistic approach to the treatment of arthritic conditions!

This May in honor of National Arthritis Awareness Month, we bring you all the latest research on how this ancient practice can improve the lives of those who face this chronic condition and help them to live better and brighter!

Given the significant challenges to mobility that arthritic conditions present, it is common for those affected by it to reduce activity to cope with pain. However, this is contraindicated for these conditions as inactivity results in a shortening if the muscles and tendons surrounding a joint and articular capsule contraction and weakened ligaments. This ultimately fails to ameliorate symptoms and may actually worsen the condition over time.

Conversely, the regular physical activity offered by yoga classes may not only decrease pain levels but also preserve stability and is part of the recommended comprehensive treatment for those with arthritic conditions. Professionals in the field of the treatment of arthritic conditions indicate that stretching, strengthening and conditioning exercises (all of which are part of your standard yoga class) can preserve physical function, increase strength and improve endurance for people with arthritis (Haaz, 2014).

By way of stretching the muscles, regular yoga practice has been shown to provide physical relief of symptoms around the affected arthritic joints. One study which employed yoga as a complementary approach to arthritis treatment found significant reduction toward normalcy in pain intensity, number of inflamed joints, morning stiffness, pulse rate, systolic blood pressure, diastolic blood pressure, lymphocyte count, C-reactive protein, and serum uric acid, all of which contribute to positive health outcomes for those affected by arthritis. In addition, results from The Insomnia Severity Index in the same study showed significant improvements for sleep onset latency, sleep efficiency, and a reduction in the number of nights with insomnia. This study also revealed, via the Disability Index, significant reduction in disability caused by arthritic symptoms, especially related to eating and common daily activities. In male participants, a significant increase in the bilateral hand grip strength was observed. Additionally, all participants showed a significant lowering of rheumatoid factor, an antibody detectable in the blood of most individuals affected by rheumatoid arthritis. Reductions in walking pain, knee disability, range of knee flexion, joint tenderness, swelling, crepitus, and walking time were also revealed in this highly comprehensive study (Sharma, 2014).

If those results aren’t enough to inspire you, additional research reveals even more benefits from yoga that can positively affect health outcomes for those affected by arthritic conditions. Lastly, it should be noted that all persons with arthritis should consult with their doctor to determine a safe and appropriate approach to increasing physical activity.

Yoga’s stress-reducing effects are becoming widely known, and the benefits of that stress reduction are at play in a major way in the treatment of arthritic conditions. Depression and anxiety are commonly comorbid in people suffering from arthritic pain.

Research reveals that yoga helps to address these symptoms too, making it a holistic practice which addresses the whole person. Studies show those with arthritis who practice yoga regularly show reduced symptoms of depression and anxiety, (Evans, Moieni, Subramanian, Tsao, Sternlieb, & Zeltzer, 2011) as well as improved overall mental health and increased levels of self-efficacy (Sharma, 2014).

One study revealed that participants in the yoga group consistently reported that yoga helped improve their energy levels, relaxation, and mood (Evans, Moieni, Subramanian, Tsao, Sternlieb, & Zeltzer, 2011). Increased energy levels and physical vitality trickled over into all aspects of the participant’s lives and was evident by reports of waking feeling refreshed, accomplishing more without fatigue, and needing fewer day-time naps. Also, psychological vitality was seen in an ability to stay focused while working and work for longer periods and feeling ‘less drained.’

Additionally, yoga can improve coping skills by altering perspective toward life and providing spiritual solace, (Sharma, 2014) and psychospiritual developments were also reported by participants in the yoga group including increased acceptance, coping, self-efficacy and mindfulness (Evans, Moieni, Subramanian, Tsao, Sternlieb, & Zeltzer, 2011). These results make it clear that yoga not only improves symptoms but also made participants more resilient because it provided them with a skill-based coping strategy and thus contributed to their sense of confidence and self-efficacy. The asanas showed a way to take charge of their bodies and determine the way they felt.

The mechanisms and outcomes reported by participants support a biopsychosocial model, which proposes that yoga benefits patients through both physiological, and psychospiritual changes (Evans, Moieni, Subramanian, Tsao, Sternlieb, & Zeltzer, 2011). This process makes yogis with arthritis more happy, healthy, and resilient.

It is worth noting that while the research on the topic of yoga for inflammation is still correlational, and expanding and as yet, with the precise mechanisms by which this effect occurs not widely understood, there does exist evidence which indicates that long-term, regular yoga practice can reduce inflammation.

As discussed above, yoga reduces stress, the same stress which is known to exacerbate arthritis and the accompanying inflammation (Sharma, 2014). Research suggests that stress does this by causing chronic hyperarousal of the sympathetic nervous system, which triggers inflammatory reactions in the body as it attempts to cope. This, researchers believe, increases markers of inflammation in the body which can be measured. One study showed that women who were new to yoga showed higher levels of C-reactive protein, tumor necrosis alpha, and interleukin-6, all proteins that may play a role in inflammation in many forms of arthritis, including rheumatoid arthritis.

Alternatively, the women who had been regular yoga practitioners prior to testing showed significantly lower levels of these markers in their blood than those who practiced yoga regularly (Bernstein, 2019). Thus, there is preliminary evidence that yoga’s stress-reducing effects may also decrease the inflammation-related symptoms (primarily pain) in those affected by arthritic conditions.

Research reveals that regular yoga practice is a promising biopsychosocial modality for the treatment of arthritis for people of all ages and conditions. The aforementioned studies reveal benefits on both disease-specific and general health-related outcomes through physiological and psychospiritual changes. Scientific inquiry makes clear the relevance of such mechanisms as autonomic nervous system regulation, endocrine balance, musculoskeletal strength and flexibility, and a host of psychospiritual developments which are cultivated through yoga, to the treatment of arthritic conditions.

“Now I see a brighter day,” states one participant of a 2011 study on yoga for arthritis, “I’m looking forward to tomorrow, and the next day whereas before I wouldn’t even look” (Evans, Moieni, Subramanian, Tsao, Sternlieb, & Zeltzer, 2011).

Are you or a beloved one inspired and interested in joining a regular yoga class to arthritic conditions or symptoms? Take a look at the Better Living Yoga “Class Schedule” (we would recommend Gentle, Gentle Flow, or Restorative classes) and consult your physician to begin working toward arthritic symptom relief and your BRIGHTER DAY!